Is Part of You Missing? (with video) 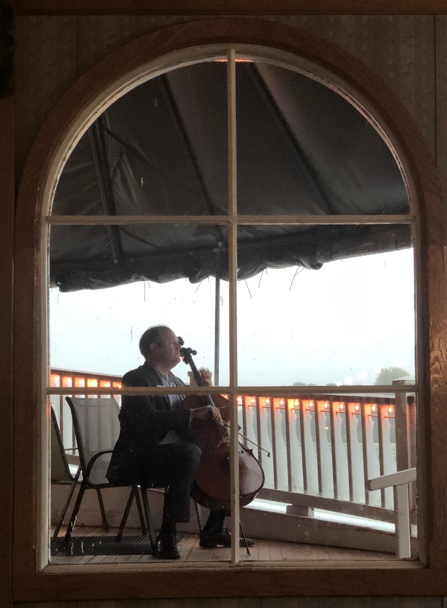 As a second grader, I sat at a school assembly and listened to an East Lansing fourth and fifth grade strings performance. I came home and told my mom that I wanted to play the cello in fourth grade. Why the cello? I liked how it looked, and I could sit down! I learned to love the instrument, and played all the way through school, and even played in the Wheaton College Symphony Orchestra as a non-music major.

For about 20 years, this part of me has been mostly dormant other than being “show and tell” for my kid’s classes. For years, I’ve said “I really want to start playing again.” Two of my kids have also started playing the cello, which has inspired my decision to “shake off the rust” and join a local community orchestra (masonorchestras.org). It’s been about 6 weeks since I started practicing. Earlier this month, I played my first solo since 1993 for a group of clients on the Michigan Princess Riverboat. It wasn’t perfect - but it was fun to play again. Check out the video!

We often hear people say, “I used to (fill in the blank), and someday I’d like to do it again.” What is that for you? Maybe it’s playing an instrument, woodworking, painting, fishing, dancing, or something else. Without a plan to do it, you may be saying the same thing in 10 years. The same principle holds true for your finances. Many of our new financial planning clients say “I wish I would’ve done this earlier” – but they’re glad to have started the process.

It’s been exciting to restart my journey on the cello. I hope this inspires you do something you love once more.

The LPL Financial registered representative associated with this site may only discuss and/or transact securities business with residents of the following states: AZ, FL, IL, IN, MD, MI, MO, NC, NV, OH, OR, TX, VA, WI